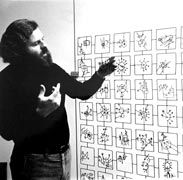 The Berkshires have been home and studio for Walter Boelke since he returned from Europe in 1969 and settled in the picturesque village of Hillsdale, NY.

Born in New York City, Walter's first experience with art began at age 12 when he took classes with Will Barnet at the Art Student's League. College years and a stint in the Air Force as a Navigator brought Walter to New Mexico where he began painting the desert and traveled into Mexico to attend art classes in Guadalajara. That experience convinced him that he wanted to pursue a career in art. 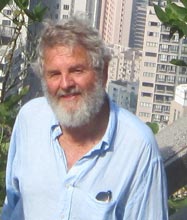 Boelke returned to Queens College where he received a fellowship in art. He then went to Columbia University where he received an MFA degree. A Fulbright Fellowship took him to Europe where he spent the next six years at the Art Academy in Munich and after rigorous study became Master of Sculpture. During this time Boelke was able to travel to all parts of Europe which gave him and extensive background for the Art History and Art classes which he taught as Professor of Art at Western Connecticut State University.

Boelke works in various media such as cast bronze, steel, ceramics and mixed media. Paintings often have three dimensional elements to them.

His work has been shown throughout the Northeast and Europe, represented by Gallery One in Hillsdale, NY, Lenox Gallery in Lenox, MA, Chase Gallery in Boston, MA and is in numerous private collections.